I dont’s any more 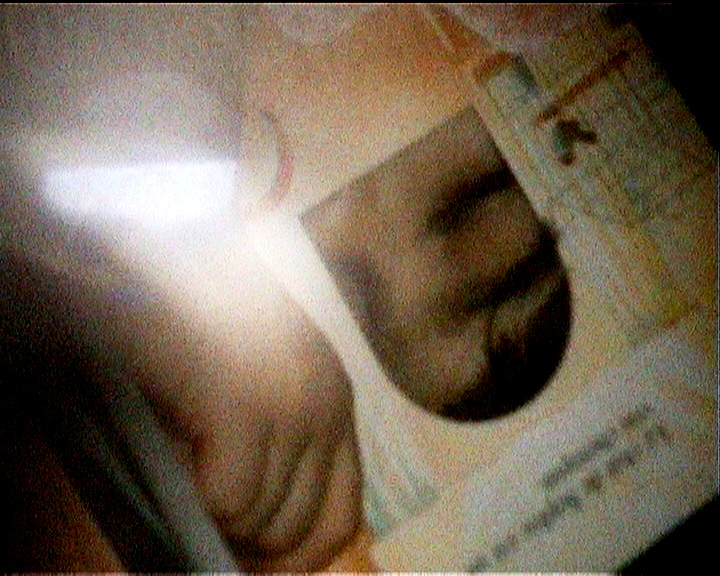 “This is a diary that sees the dawn of the 21st century dawning. A diary of today.

A auto-portrait of an Iranian artist living in Paris as a multimedia Madonna , who his son has to go to Tehran not far from a theater of war,on her electronic window who watches the alarmist waves of war.

The pages torn out in the spring of 2003, facilities to those of the media in an apartment as a rear base.

On a background of vital rhythms/waters, overlays & overexposures an electronic journey on the TV’s  screen with actors who killed & refreshed without touching the F5 button, all embedded fills of universe  « Dark Cameras», where life is affected, Even & especially the intimate environment. And once again the fish the pre- natalas symbol returns, same aquatic quest.

Sensory steeped in an outside world filled with martial resonances, is pigmented with an emotion blooming with pixels.

This is a real-fake documentary. “